NYC is just a plane ride away from any major city in the world. Practically, a very worthwhile hop, skip and jump to the “concrete jungle” (que Jay-Z)! And now there is no better time than to go – well technically you have until October 19th. Jeff Koons’ first American RETROspective (as I like to think of it) is currently on view at the Whitney Museum of American Art and is a MUST SEE!

So what’s the big deal? Jeff Koons’ work, the KING of kitsch and camp, has taken over the WHOLE building (minus the top floor which has a great show with everything from Warhol, to Pollock, Rothko, Nevelson, and more…). And in a big way, no pun intended.

If you have never seen his work in the flesh, many pieces are larger than life. There are many works you would expect to see in the show – duh it’s a RETROspective!

Starting with the shiny “balloon” animals to his version of ready-mades, to his infamous sculpture of Michael Jackson, and then there is his controversial “Made in Heaven” series… What is that might you wonder?

Let us put aside Michael Jackson, a “Mermaid Dwarf”, the Hulk playing a piano, King Kong, etc, all considered typical kitschy yet acclaimed works of Koons. Yet, when people come across this particular floor, many people are SHOCKED. But why?

WOAH – hold up, private parts are showing in art? G-d forbid. And for the majority of the works, except for three works in a room set aside, with a discretion WARNING for children, why are people so shy, shocked and immature around nudity? Has no one seen Carolee Schneemann’s read “Interior Scorll?” In 1975, Schneeman, standing in the nude, performed a piece in which eventually she pulled a scroll out of her female organ and read a feminist speech. While I am not taking about feminism, even though Schneeman’s piece can be seen as feminist, I am talking about norms of society. When Schneeman created this piece it was not shocking for the time. It was part of the Fluxus movement. When Koons created his “Made in Heaven” series in the late 80’s early 90’s, it reflected not only his personal situation, but also reflected poses and referenced art by brilliant maters before Koons like Manet, thus challenging what many can think of, well, his art, and art in general. Where do the boundaries lie? Why is this shocking now? It might be Contemporary Art, but it was not created yesterday.

So… why is society that immature? Or are we just not used to seeing Jeff Koons in his birthday suit? Moreover, where does the line get drawn between art and porn?  If we look back in art history, further back than Manet (Olympia, 1863), like to Titian (ex: Venus of Urbino, 1538) and Ingres (Grande Odalisque, 1814) and all the Venuses that were painted… Those “Venuses” were prostitutes. Yes, prostitutes. So what has changed with time? Is it that these works are not presented as oil on canvas and thus create that SHOCK factor? Is it that Koons himself has become the subject of his own work, and is comfortable in his own skin? Could we, as a society, be jealous of his security – for he is certainly confident in this series? What is the big deal? Is it a big deal? To some, apparently, they are appalled. And they have the right to their own opinion. But Koons expects those reactions, and perhaps even encourages the contemplation whether it is “right” or “wrong.” Who are we to decide?

All I have to say is GO GO GO! What do you have to lose? NOTHING. To be honest, I was never a HUGE Koons fan before this show, but I walked away with a smile on my face, and thought, “Typical Jeff.” 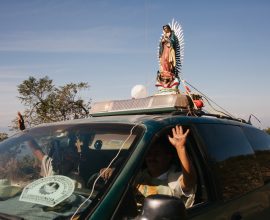 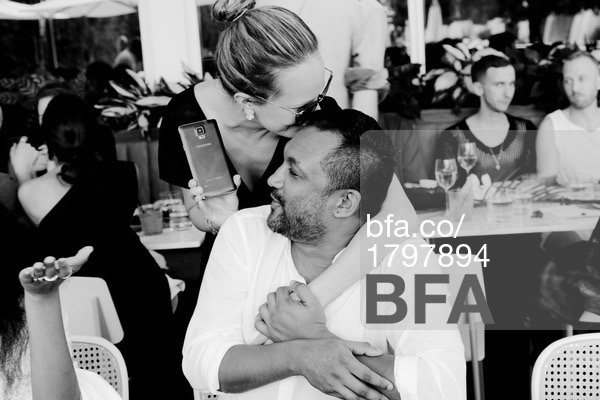 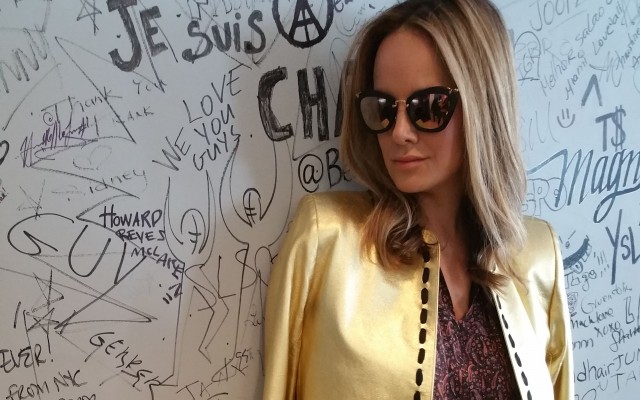 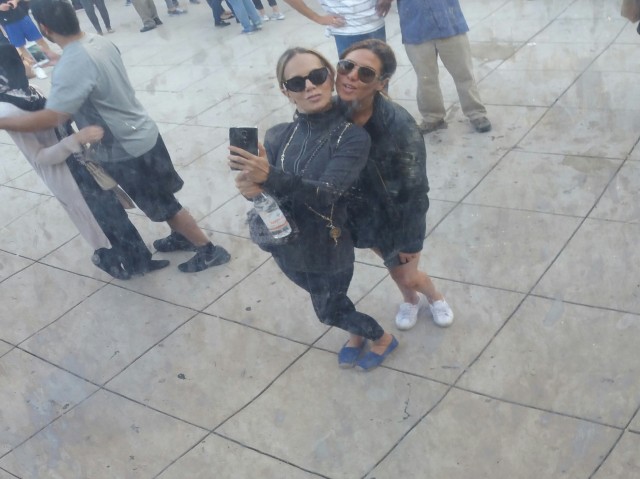