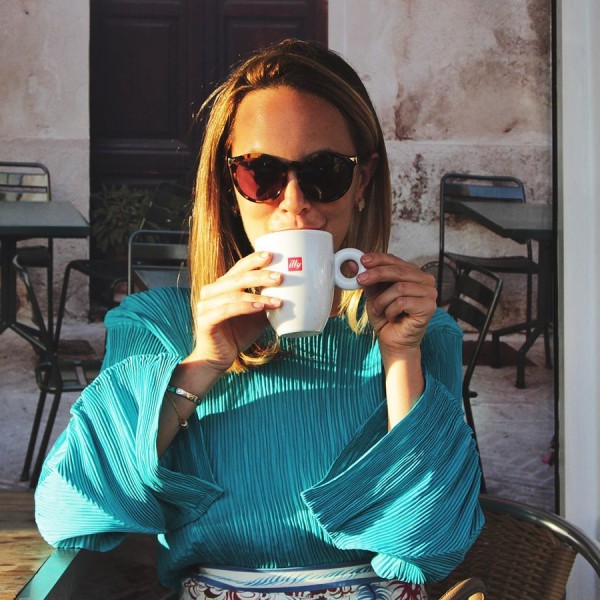 Straight from the Horses Mouth: ‘Miami It Girl Erin Newberg Lives the Life You Wish You Had’ – Racked Miami

Just this morning, Racked Miami posted a story on MOI! I could not feel more humbled, which is so hysterical, considering the petite narcism included in the interview below, between Editor Ashley Brozic and I. Below, Racked captured my current existence in society, travel, love, life and beyond.

Here is MsErinsita in all of her glory. Hope you J’ADORE this one kids….

We’d like to think Joan Rivers would have gotten along quite splendidly with Erin Newberg. This Miami socialite’s resume could span several pages, each more extravagant than the next. Before launching her blog last year, Erin was the lifestyle editor of Haute Living Magazine, a host on the now defunct Plum TV, and, most notably, the fun-loving Miami transplant on VH1’s Secrets of Aspen.

But that’s just the base of the cake. This Miami native has served on the boards of numerous charities like the National YoungArts Foundation and the Museum of Contemporary Art, and spends many days styling the who’s who of Miami’s social scene when she’s not acting as a muse to local eyewear legends. She’s lived and traveled all over the world with a suitcase full of vintage, but she’ll be the first to admit that constructing a life of luxury is hard work. We sat down with her one Friday afternoon at Alton Road’s newest marketplace, Lyon Fréres Petit Marché, to talk socialite status, blog startups, and her next possible venture into television stardom.

What are you drinking right now?

A cafe Americana with two sugars. I really need four, but I’m trying not to bloat because I’m leaving to Mexico tomorrow and need to be in a bikini.

So the idea of a socialite is a kind of strange concept to the average person. How did you come to be known as one?

I was raised in Golden Beach, set new standards in my High School, was a rebel. I lived in Isreal, Milan, I went to fashion design school and college in Boston… As a Hannukah gift one year my grandmother took me to Moca and my grandmother gave me a membership as a gift… I became friendly with Bonnie Clearwater and she asked me to be a part of the board. At the same time my parents were customers at Bulgari so I got invited to this gala with forty people. I ended up on the pages of Harper’s Bazaar. In between MoCA, Harper’s, and my volunteer works, which began with the Cystic Fibrosis Foundation, I became coined as a socialite in 2005. Everyone’s always asking me, ‘well, how did you make it?’ For me it just happened organically. I had an eye for style, I was born into a fabulous family so I was exposed, and I was also a girl who was living above her years. So I kind of fell into the lap of society just by being myself.

You had a stint as a reality star. How did that come about, and did you ever regret it?

So Allan Roth, who was dating my friend Ashley, was looking for a socialite girl in Miami to cast in a show. I was like, ‘Allan, you’re sitting in front of her!’ They flew me to New York, we filmed a pilot, and it didn’t make it. The show was with Tinsley Mortimer, this huge socialite who’s now dating the sugarcane family of Santo Domingo. So the casting agents called me up and said ‘Erin, we can’t get you out of our heads. We want you to be onParis Hilton’s My New BFF. I was like, hell no. But I went, and got kicked off that same day because she should want to be my friend. I don’t want to be hers.

They flew me back to Miami and a few years later, after continuing my societal career volunteering, Leslie Abravanel called me up and said her friends from VH1 were looking for this character and I’d be the perfect person for it. And that’s when they cast me for Secrets of Aspen, because they were like, ‘You’re television gold.’ So I moved to Aspen for three months and filmed. I don’t regret one second of what I did, because I think any exposure is a benefit, whether it’s good or bad.

So what are you up to these days?

I launched my blog at the end of September, so I’m working hard on that project. I’m also styling powerful women in the community, whether they’re directing the marketing of The Raleigh Hotel, they work with the City of Bal Harbour, or with Departures Magazine. They’re very private but on their free time I take them, style them, and redo their lives. I make them happy and it makes me happy. I’m also traveling the world, and I’m in love! I met somebody on Tindr, and I shall keep the rest private.

Any go-to shops in Miami you can spill?

I usually start off in my vintage shops. My clients are not allowed to discuss where I take them because that is my non-disclosure agreement rule. My shops are gold. For staples I would take my clients to At Ease On Sunset because I believe in a clean look: skinny jeans, great tees, great colored shirts, flats. Women in Miami don’t generally know how to dress so I like to start slowly with them.

So you recently launched Ms.Erinsita. What’s the blog about, and do you have any tips for people starting their own?

My blog is very different from every Miami blog. Mine focuses not only on my personal fashion but on my lifestyle. I live the life that you wish you had. As obnoxious as it is, it’s the truth. I’m jetsetting all the time. I’m very privileged to have lived lived all around the world, so I share my experiences. My personal style is not about what you see at the Gap right now. It’s about the amassed wardrobe I have collected for years of vintage Yves Saint Laurent. I’m a hoarder of vintage.

What took me so long was my laziness, and I encourage anybody against that. I should have started it four years ago because people have been fascinated with me for a very long time! It’s been a really big trial and error process. At first I used a free template and then I bought a template, so my website completely transformed. I recommend getting a great web designer, and not being lazy.

What do you think you’d be doing if you weren’t working as a stylist, blogging, volunteering, and jetting across the globe?

What’s next for you?

I’m not going to announce anything now, but I have two gigs in the works. One of them is reality and the other is to host a television show. I live my life one day at a time, so I can’t tell you or reveal my plans, except for the fact that this project that I just casted for will be in my hands and I will be working overseas doing what I do best, which is being a television personality. In regards to the blog, the beautiful thing about a blog is that I don’t have an editorial calendar. If I go to lunch and feel like writing, I can write it, so what’s next is not defined. 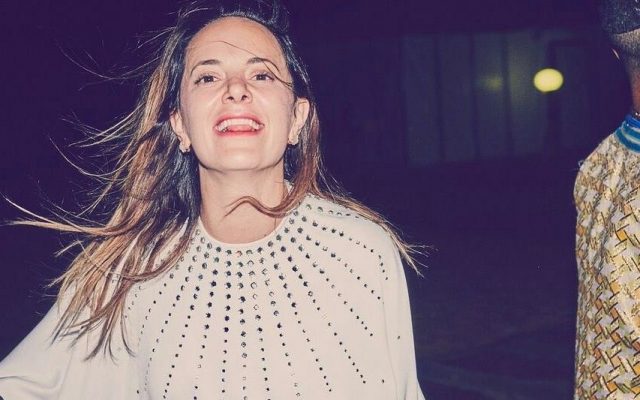 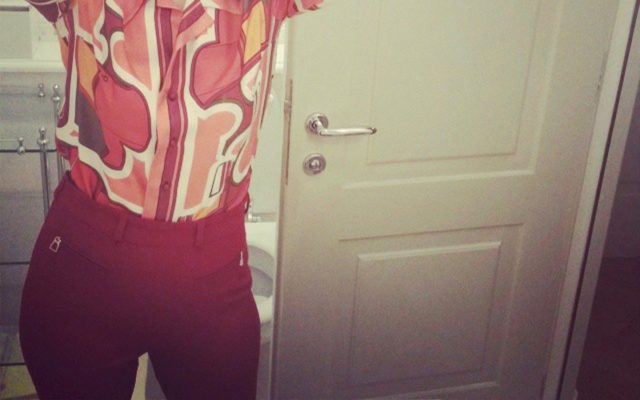 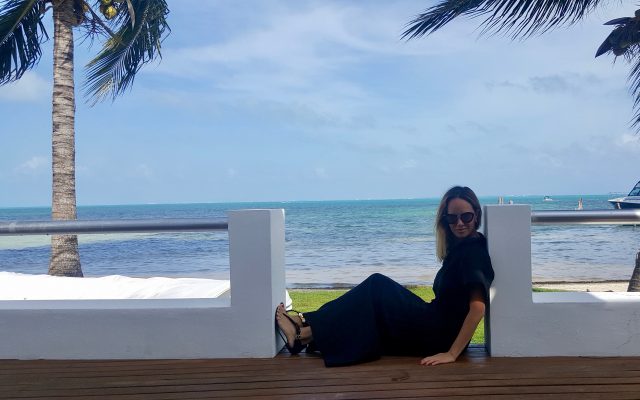 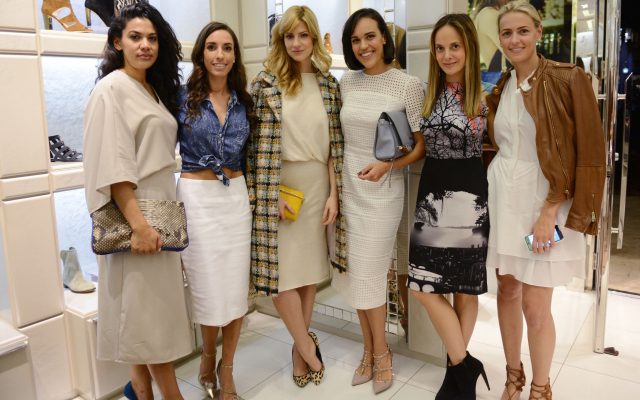 2 thoughts on “Straight from the Horses Mouth: ‘Miami It Girl Erin Newberg Lives the Life You Wish You Had’ – Racked Miami”